No other pieces demonstrate this dedication better than our three artworks by Francisco Toledo. Hailing from Mexico, Toledo has been named “El Maestro” by the Guardian for his signature half human, half animal figures. These playful and mystic creatures will now be represented in our collection his oil paintings Six Crabs in Net, and Redes con Cangrejos y un Pescado as well as his etching Sapos y Pantalones.

The gift of three mixed media pieces by Zapotec master Rufino Tamayo will provides the Museum with very different vision of Mexican life; active in the muralist movement in the mid 20th century, his pieces capture a romantic memory of the nation.

The works also includes Arnaldo Roche’s self-portrait Difficult to Hide and two Jose Alberto Marchi paintings, Nude Female with Dark Mask and Landscape with Burning Painting. The neo-expressionist style of Roche contrasts the more subdued approach of Marchi and together they provide insight into how to how the distinct cultural regions of Latin America flow into a rich basin of art.

Dr. Holo stated that the Fisher is “expanding our understanding of the Americas from Mexico all the way down to Argentina” and having Roche’s work as a small window into the Puerto Rican art scene, is as essential as Dominican artist Julio Valdez piece Del Aire al Aire who describes himself as a “pluri-cultural sensible” artist. 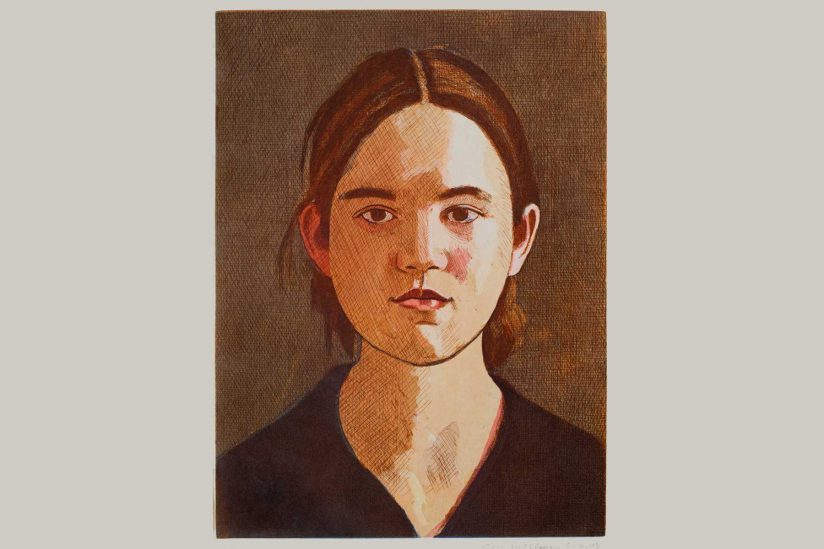 The USC Fisher Museum of Art has acquired etchings, drawings and prints created by artist Dan McCleary for its permanent collection.

The acquisition demonstrates the museum’s interest in the versatility of McCleary, the founder and executive director of Art Division, a nonprofit offering professional arts training and academic support to young people in Los Angeles.

The donation from private collectors Dennis Ruiz and Mary Ann Ruiz includes McCleary’s first experiments with color etchings, including the lithograph “Chef” and “Gia Chiumento,” a monoprint that were completed in Oakland.

“We begin to understand him as a draftsman: Someone who makes prints and someone who draws,” said Selma Holo, director of the Fisher Museum. “What we were able to learn about him in the past was purely painting, which of course is magnificent, but this is another side of him.”

Inspired by Botticelli’s portrait of a young man, McCleary’s work has a “timeless aura,” in the words of Los Angeles Times critic Christopher Knight.

A majority of the donated prints were completed in Oaxaca, Mexico, as was “Erica de Casas,” McCleary’s first color etching.

The artist’s focus on floral subjects in some of his etchings and prints is a deviation from his portraiture and figure drawing as shown in “Everyday Sacred,” the artist’s solo show at the Fisher Museum in 2015. The exhibition included etchings titled “Golden Rod” and “Mixed Flowers.”

The acquisition was announced as McCleary’s Art Division students are showing their own work in “USC Fisher Museum/Art Division: Artists in Residence.” Many of the young artists’ works were inspired by McCleary, who was their mentor.

Shirin Neshat is a contemporary Iranian artist who primarily works in photography, film, and video. She grew up in Tehran, then moved to California to study art during the Iranian Revolution. She received her BA, MA, and MFA from UC Berkeley. Common themes in her work include social, political, and psychological aspects of people undergoing traumatic experiences, particularly women and youth. The Our House is on Fire series stays true to Neshat’s quintessential themes, since it primarily incorporates portraits of youth, with the exception of Ghada and Sayed, which were taken in 2013 during the Arab Spring when the artist was in Egypt.